note: like several other posts on this site, this one is also being uploaded post facto. briefly, in august 2005, i quit businessworld and business journalism and made a long-desired switch to writing on environment, development and suchlike. to celebrate this move, i took my bike, bucephalus, to ladakh. as it turned out, we set out on 15th august. independence day. 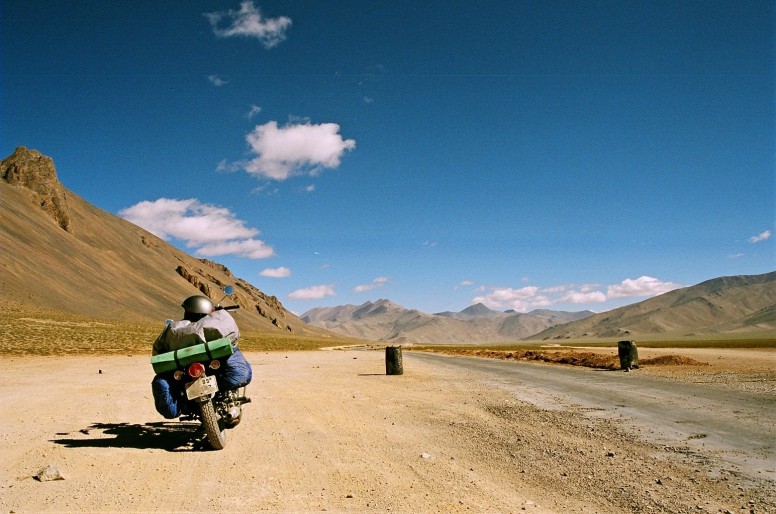 and my lovely, lovely bike.

almost fell off the bike here. had crossed fotu la. was moving towards kargil when i saw this mountain, marvelled at its shape, kept moving and then realised with a sudden shock that good god, there was a monastery atop it. 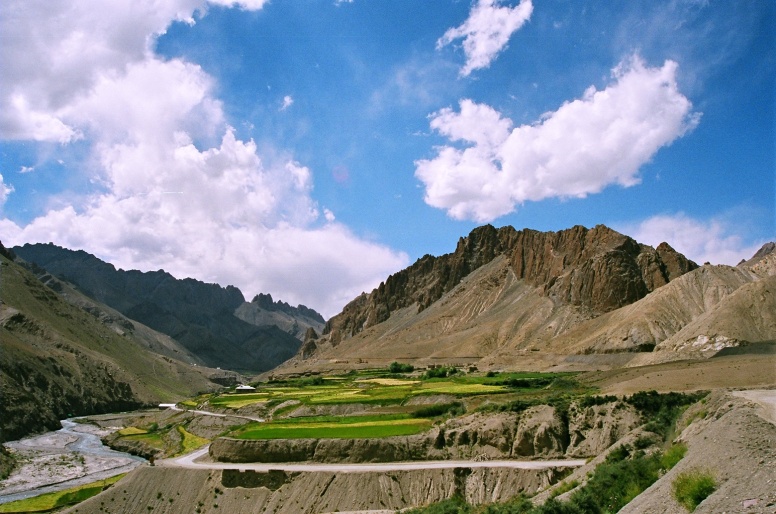 as i moved from lamayuru towards kargil, the mountains got craggier 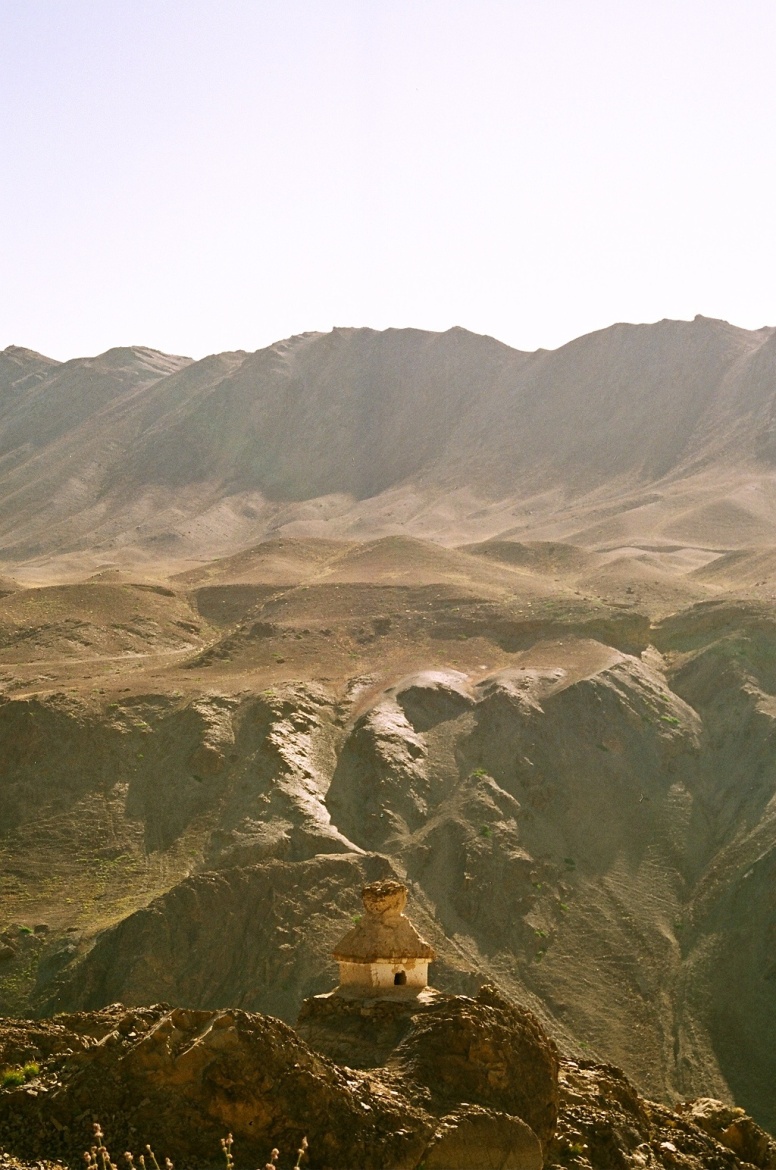 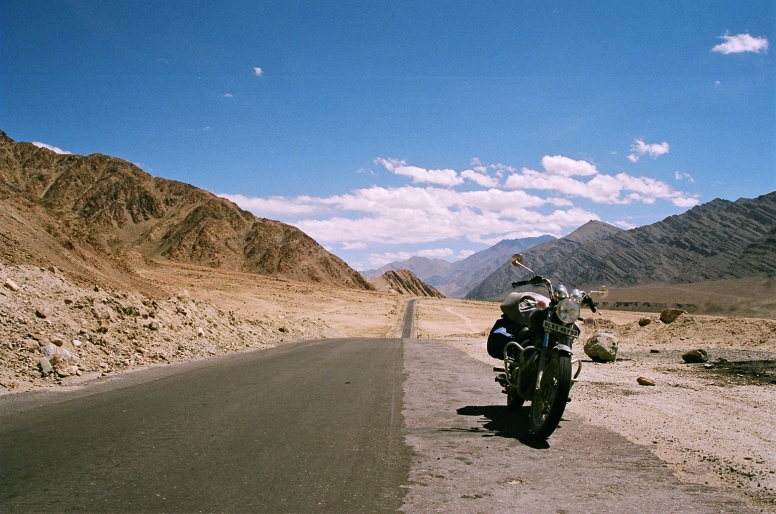 the final 50-odd kilometres to leh are along the indus, along this straight, straight road. for the first time in days, the bike moved into fifth gear, and flew and flew.

you crest taglangla, the last of four passes between manali and leh, the road drops, and then you meet the beautiful gya, and ride next to her towards the indus 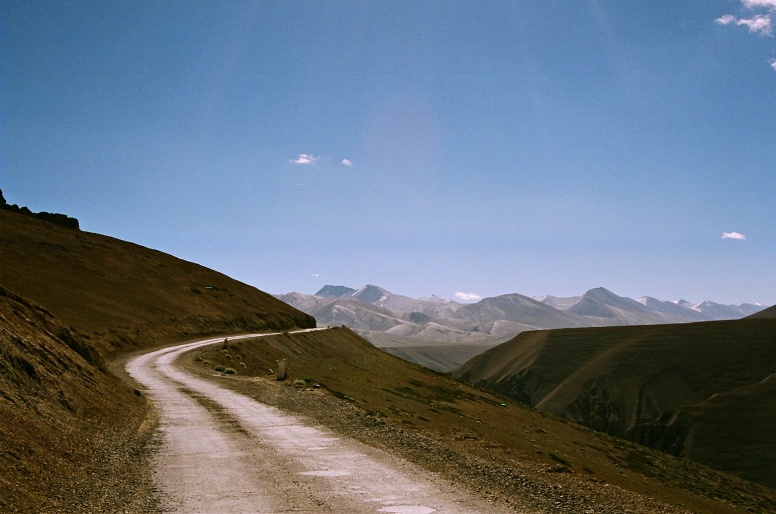 this is roughly the place where i realised the horn had stopped working. am coming close to the moray plains. 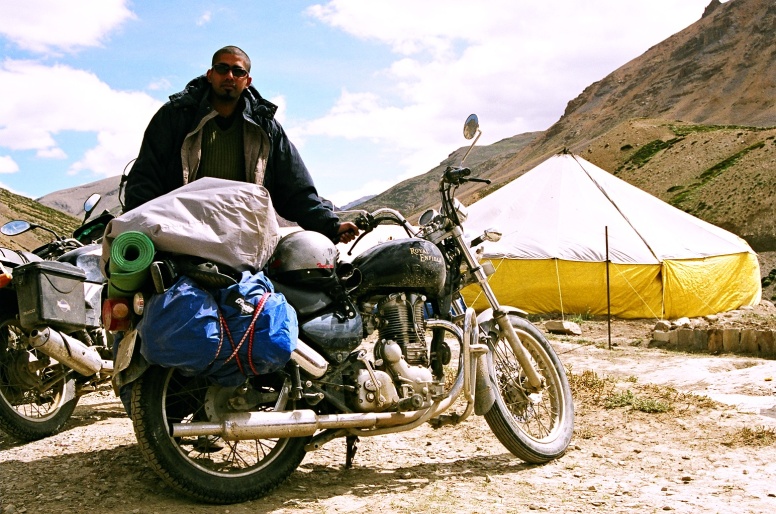 me. the grim look is due to a migraine brought on by altitude sickness

look at the lines in this photo!

the sole photo at the end of the ride. taken by a neighbour with preternaturally shaky hands. 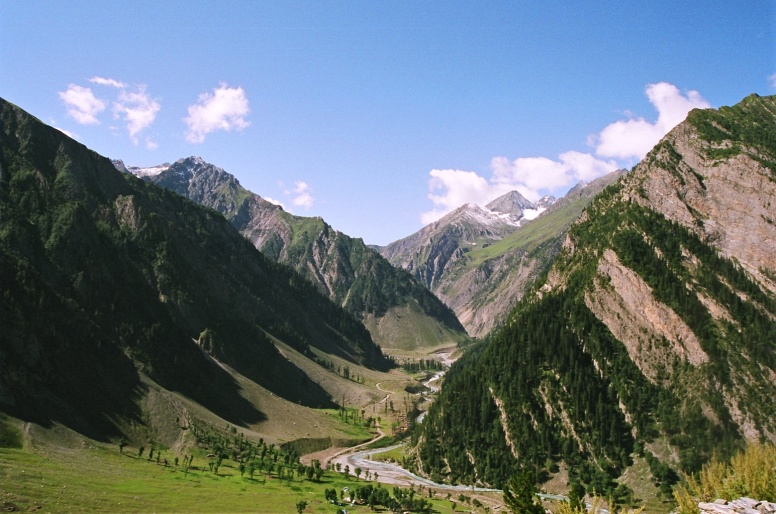 entering sonamarg. this was taken at noon. had left kargil at 4 or so. and then biked towards and then over the famed zoji la pass. challenging ride. as challenging as the ride up and down rohtang. years have gone by since and i still remember the descents from both passes. the rohtang road covered with pebbles which meant that, even if you braked, the bike would keep sliding ahead. in zoji la, the pass was just mud. and the only way to move was to keep the bike in the ruts left by trucks’ tyres. 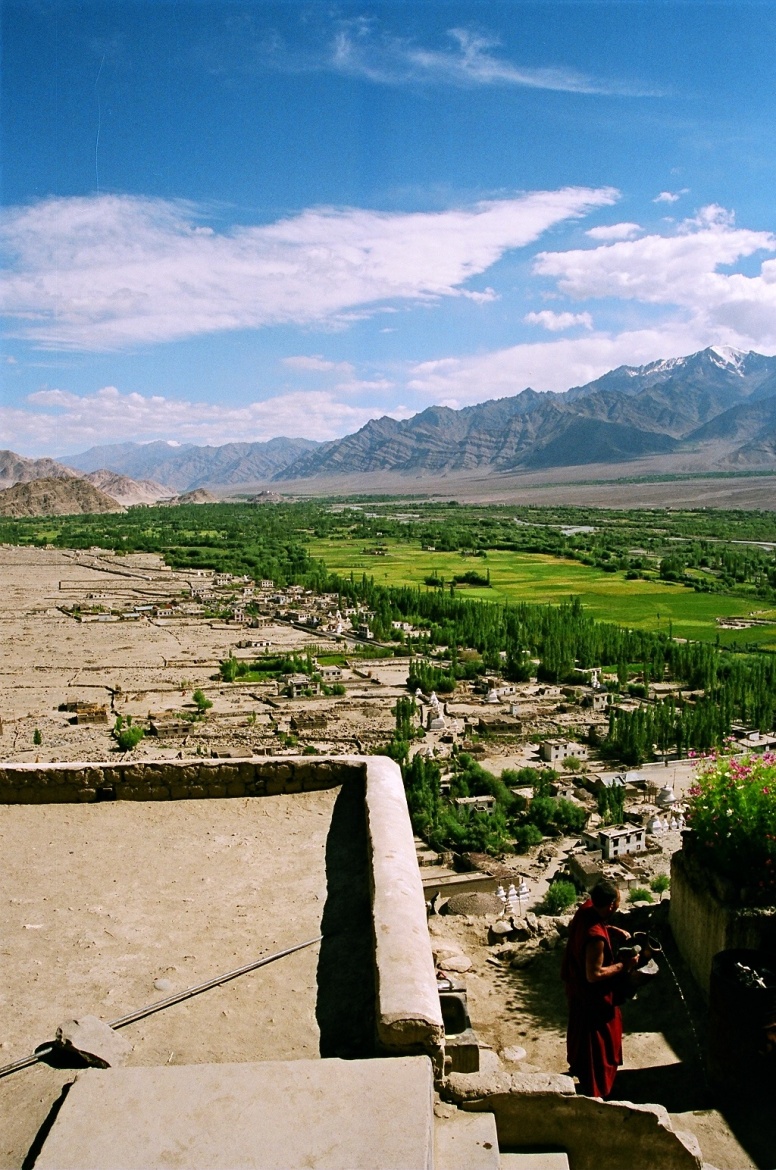 bucephalus at the entrance to the moray plains

Indian journalist. I mostly report on forces impacting rural India and environment. Between March 2015 and December 2017, I worked on ‘Ear To The Ground’, a reporting project which sought to identify major processes shaping India, with Scroll.in, one of the newer journalism startups in India. Before joining Scroll, I reported on India’s environment/development tussles for The Economic Times, a leading Indian business daily. Yet earlier? Independent researcher + business reporter. This blog? Mostly a repository of links to all my articles, with the odd digression into books, running and cycling.

Leave a comment. Or write to me at mrajshekhar at protonmail dot com.