i have been reading about trilobites for a while now. first in an essay called ‘hard parts’ by david quammen. and then a spluttering succession of other books. these were the first lifeform on the earth to develop an exoskeleton, which is one reason why they are so well preserved in the fossil records.

but there is another reason why they are special. in the 20 million years between 545 million AD and 525 million AD. the diversity of life suddenly exploded. a staggering array of new lifeforms, new body plans, new phylums, came into being. this was the cambrian explosion of life. and trilobites were one of the major lifeforms during that period. as things would turn out, they were also the most successful family to occupy the earth.

that daze returned during the trek to mount stephen. after tadoussac and quebec, i had headed to field. a small village about 200-250 kilometres to the west of calgary. field lies between two mountains familiar to anyone who has read about trilobites — mount stephen and mount wapta. the first is where trilobites were first found in the modern age — by workers building the trans-canadian railway. the second is where charles walcott found the burgess shale fauna, a hitherto unknown site containing many more cambrian lifeforms, some very well-preserved indeed.

to cut a long story short, i went on a parks canada trek up mount stephen. and, at the quarry, shale slabs covered the mountain’s sloping flank. trilobite fossils, embedded in the slabs, were all around. survey any set of slabs — say, 3 or 4 — and chances were you would see a trilobite. it was stunning to see something — in the metaphorical flesh — after reading about it for long.

and so, i slowly walked around in the — there is that word again — daze, pausing every so often to take a closer look. some photos. 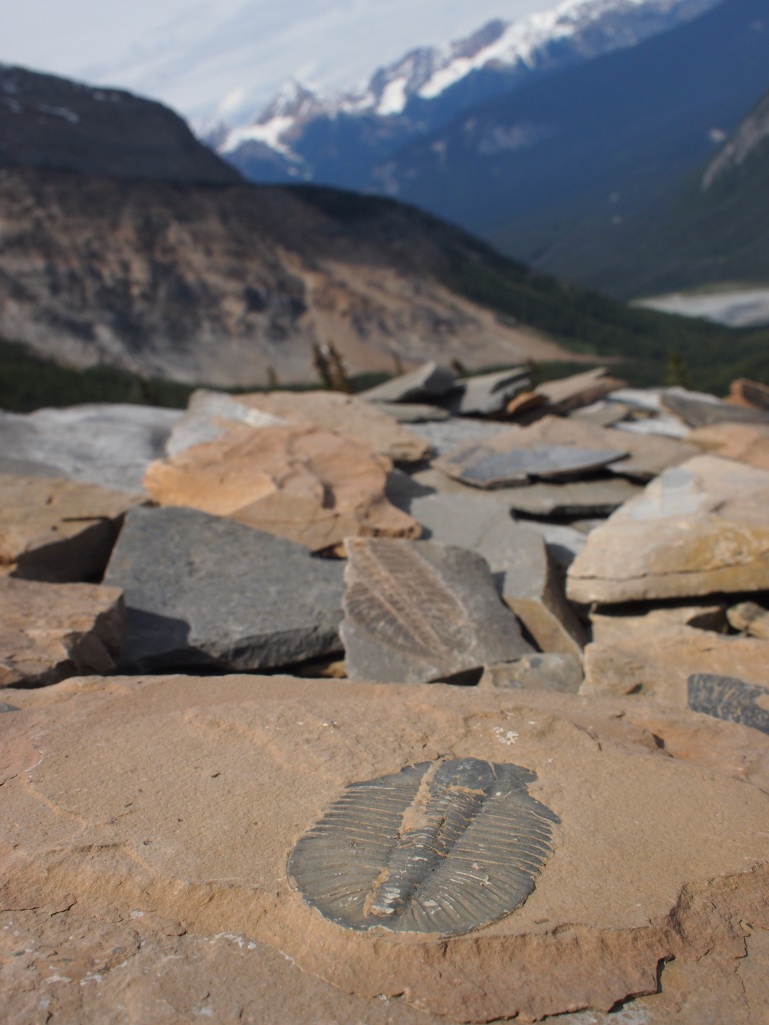 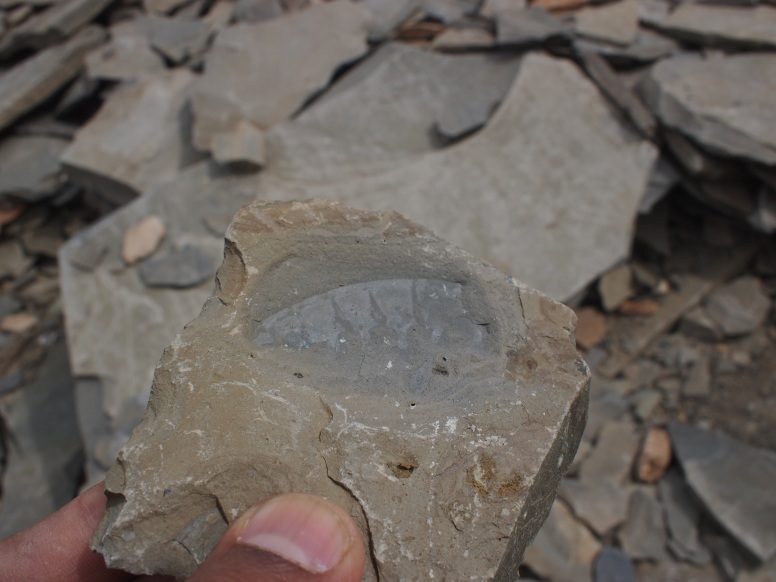 the pincer of anomalocaris, one of the apex cambrian predators. 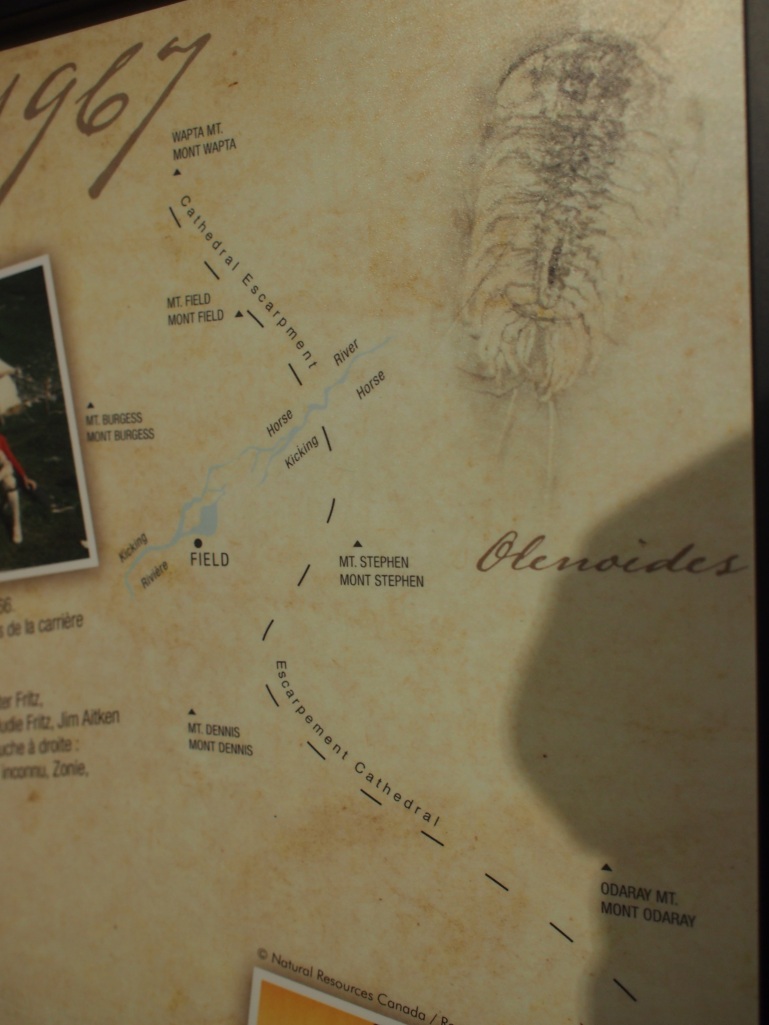 these trilobites are said to have lived at the foot of the “cathedral escarpment”. shallow seas next to a limestone cliff. periodic mud flows fell on the trilobites, entombed them, stopped oxygen from reaching them, and so resulted in their fossilisation. the escarpment runs along this part of the rockies. and cambrian fauna and flora has been found all along it, at the walcott quarry between mount wapta and mount field, on mount stephen, and most recently, in kootenay national park nearby.

the cambrian gave rise to some extraordinary lifeforms. google hallucigenia. 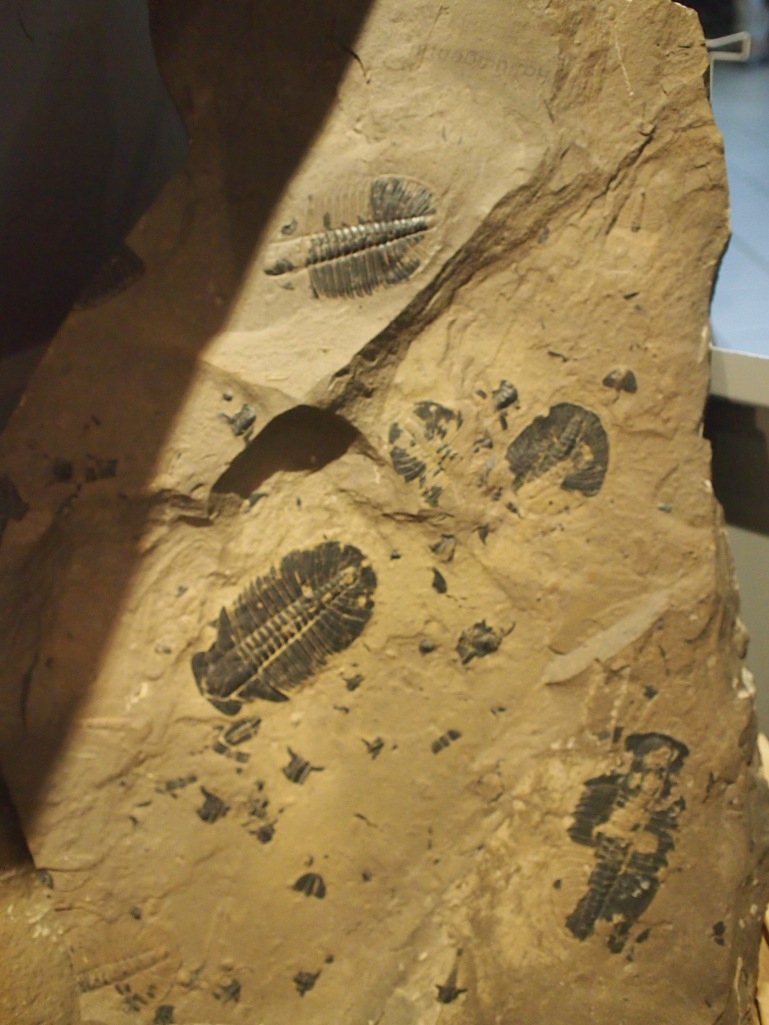 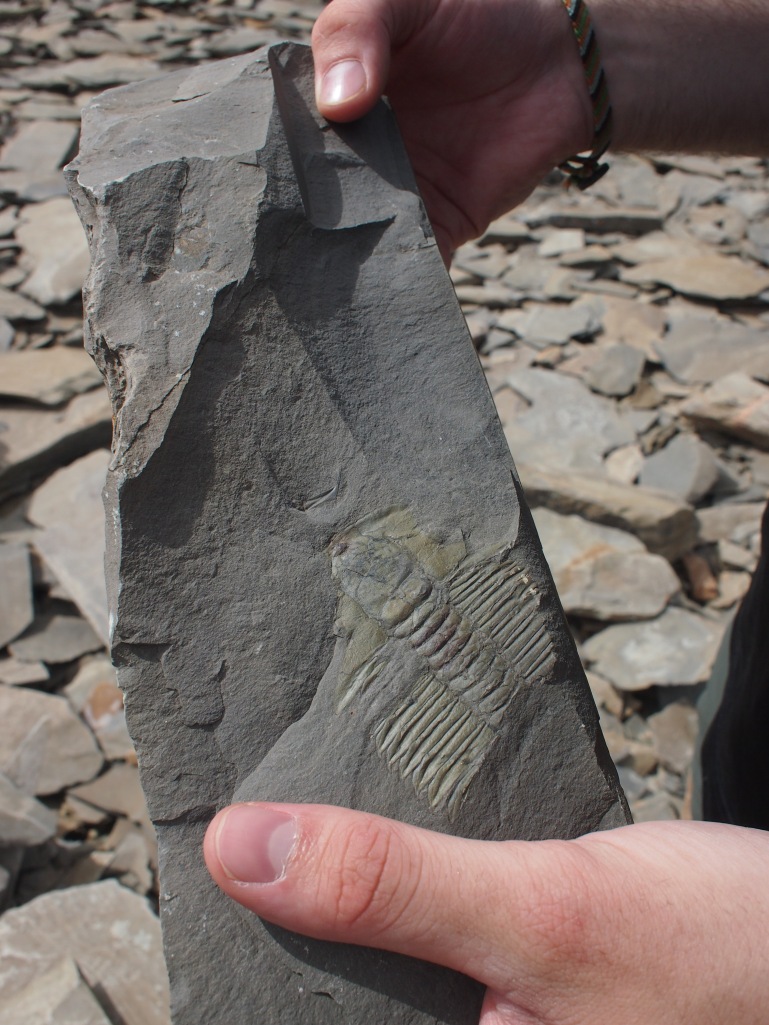 ps – books. on the cambrian explosion of life, ‘wonderful life’ by stephen jay gould and ‘the crucible of creation’, by simon conway morris who violently disagrees with gould’s analysis. on trilobites, trilobites, by richard fortey. and trilobites, by riccardo levi-setti. there is a new book out by levi-setti which i am yet to read. the trilobite book, a visual journey. as things stand, this is still an emergent subject. a lot is still being figured out. definitive books are few and get overtaken by more recent discoveries quickly. for the science, check this link out.

This site uses Akismet to reduce spam. Learn how your comment data is processed.

Indian journalist. I mostly report on forces impacting rural India and environment. Between March 2015 and December 2017, I worked on ‘Ear To The Ground’, a reporting project which sought to identify major processes shaping India, with Scroll.in, one of the newer journalism startups in India. Before joining Scroll, I reported on India’s environment/development tussles for The Economic Times, a leading Indian business daily. Yet earlier? Independent researcher + business reporter. This blog? Mostly a repository of links to all my articles, with the odd digression into books, running and cycling.

Leave a comment. Or write to me at mrajshekhar at protonmail dot com.